We found this post as a FB comment to a recent article discussing the pro’s and con’s of legalization in Ohio.  Quite interesting, and sums up a lot of the ‘anti-monopoly’ arguments out there. Let us know what you think! 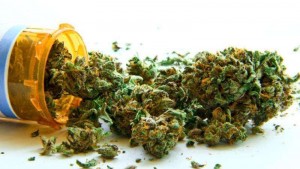 “ISSUE 3 is not legalization. ISSUE 3 is a small group of wealthy people creating and seizing a legal marijuana market. The group behind ISSUE 3 has proven themselves to be shady by stealing their name from another group, infiltrating other legalization groups in Ohio to steal information, and lying about their intentions to people who gathered signatures. When they announced their plans to monopolize the industry they were forced to add home growing due to public backlash. A license must be obtained to home grow but no where in the bill are they obligated to issue them. This bill will give a newly created “commission” broad powers to refuse a license. You don’t need a license to make wine or brew your own beer (which can kill you). The initiative calls for a “real time tracking system for all marijuana grown in the state”. All growers will be in a database. If they do issue a license, government regulators will be coming to check to make sure that you are not competing with the Cartel. If you grow 4 plants it’s ok but growing 5 plants is a felony. Why? The Cartel doesn’t want the competition. You can’t sell marijuana that is homegrown even if it’s to a terminal cancer patient. That money goes to the cartel. If you do sell what you grow at home, it’s a felony. Police departments and the court systems will become taxpayer funded protectors of ISSUE 3’s monopoly/cartel/oligopoly. Four plants will not yield enough for edible use and might last 4 or 5 weeks for a regular smoker. When a user runs out they will have no choice other than buying from the Cartel. Cannabis users will still be denied employment. People can still be drug tested and fired for using Marijuana even though it’s legal to buy and use from their Monopoly/Cartel/Oligopoly. ISSUE 3’s organizers thrive on deception and ignorance. Don’t be fooled. Vote no.”