OGP Editorial: If you haven’t been keeping up with Canadian politics, the Liberal Party has repeatedly proclaimed that they would legalize recreational marijuana if they win a majority of the elected positions in yesterday’s polls.  Well, that just happened.  Justin Trudeau, Canada’s new Prime Minister, says

We will legalize, regulate, and restrict access to marijuana.  Canada’s current system of marijuana prohibition does not work. It does not prevent young people from using marijuana and too many Canadians end up with criminal records for possessing small amounts of the drug.

Arresting and prosecuting these offenses is expensive for our criminal justice system. It traps too many Canadians in the criminal justice system for minor, non-violent offenses. At the same time, the proceeds from the illegal drug trade support organized crime and greater threats to public safety, like human trafficking and hard drugs.

To ensure that we keep marijuana out of the hands of children, and the profits out of the hands of criminals, we will legalize, regulate, and restrict access to marijuana.  We will remove marijuana consumption and incidental possession from the Criminal Code, and create new, stronger laws to punish more severely those who provide it to minors, those who operate a motor vehicle while under its influence, and those who sell it outside of the new regulatory framework.  We will create a federal/provincial/territorial task force, and with input from experts in public health, substance abuse, and law enforcement, will design a new system of strict marijuana sales and distribution, with appropriate federal and provincial excise taxes applied. 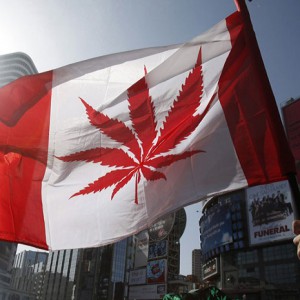 Of all the industries across Canada, none could possibly be happier with Monday’s election result than the medical marijuana sector.

Justin Trudeau’s plan to legalize marijuana promises to bring massive opportunity to an industry that only came into existence last year.

The federal government birthed the marijuana sector in April 2014, when it introduced rules that required medical pot patients to buy their product from licensed producers. That created a market frenzy as dozens of companies popped up out of nowhere to get into the sector. Those firms are slowly being whittled down to a much smaller group of capable long-term producers.

But while the medical marijuana patient list is growing, it is still below 30,000 people across the country. That is a tiny number, and it limits the amount of money these companies can possibly make. As of now, none of the major producers are cash flow positive.

Legalization, if it indeed happens, will transform the business because the potential customer base is enormous. Assuming Canada follows the path of U.S. states like Colorado and Oregon that have legalized, pot will become huge business literally overnight.

But that will also bring big challenges to the marijuana producers. Higher production could drive prices down, which would force plenty of companies out of business if they cannot establish enough scale to drive down their costs. Consolidation, which is already happening, will likely become a must. The regulatory environment under legalization is completely uncertain. And a legalized marijuana industry could also draw interest from the global tobacco and pharmaceutical industries. If they bring their scale and know-how to pot, it may become impossible for the small Canadian firms to hold their ground.