“How do I get my medical marijuana license in Ohio?”  This is a question thousands will be asking in November 2016 if Marijuana Policy Project (MPP) has its way this year.  The MPP, overseen by founders originally involved with NORML, will have propose a medical-only cannabis legalization measure to Ohio voters in March, 2016.   If they gather enough signatures, the proposed amendment will be on the ballot November 8.  Right now, it’s anyone’s guess as to how the proposed law-change will be worded…but there’ve been a few clues so far. 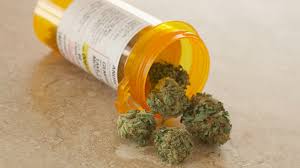 MPP founder Rob Kampia did a Q&A with Legalize Ohio 2016, and gave us this “nugget” about the upcoming language:

Specifically, the Ohio initiative will (1) enumerate a list of qualifying medical conditions, including chronic pain and PTSD; (2) permit patients and caregivers to possess and grow personal-use amounts of medical marijuana; (3) require the state government to issue five kinds of licenses to businesses to grow, process, test, distribute, and sell medical marijuana; (4) impose the standard sales tax that’s imposed on paper towels or juice at the retail level, with no excise taxes or special sales taxes; and (5) give directives to the executive branch to administer the new medical-marijuana program.

Once the details are worked out, and the language is released, we’ll see what that really means.  What it looks like for now though, is similar to what is found in other states.  Patients will get their medical “card” ( medical cannabis license, medical marijuana permit) or approval by a licensed physician in Ohio.  Then, they’ll have the option of buying their medical-grade cannabis from dispensaries, growing their own pot, or they may opt to join  a “co-op” where caregivers hold a license that permits them to grow X-number of plants for each of their “patients”.  This allows medical patients greater control of their medicinal choices without burdening them with the task of actually growing it themselves.

As soon as Ohio Green Pages has more information on how you can obtain your medical marijuana license, we’ll let update this post.  Until then though, it’s all speculation!