In November, Ohio voters will get the chance to approve a constitutional amendment legalizing marijuana for recreational and medicinal purposes.  They’ll also vote on a constitutional amendment prohibiting monopolies.  Seems like a couple of issues best left to voters, right?  Problem is, the amendments conflict: One creates a private marijuana monopoly; the other prohibits such monopolies.  So, if voters approve both, lawsuits are sure to ensue, and the courts — not the people — will decide which goes into effect.

“The short answer is that, if both pass, we expect the matter will be litigated,” said Dan Tierney, spokesman for Ohio Attorney General Mike DeWine.  “One side will sue to have their matter take precedence and have it decided by the court,” he explained.  Issue 2, put forward by the General Assembly, is an “anti-monopoly amendment” that “protects the initiative process from being used for personal economic benefit.”  It prohibits any constitutional amendment that would create a “monopoly, oligopoly, or cartel” or confer any special tax rate or commercial advantage not available to others.  Issue 2 was the Legislature’s response to Issue 3, a citizen-initiated amendment that “grants a monopoly for the commercial sale and production of marijuana for recreational and medicinal purposes.”

Issue 3 gives exclusive rights to 10 property owners across the state for the commercial growth, cultivation and extraction of marijuana. It calls for 1,100 licensed retail establishments; allows people 21 and over to get a license to grow, have and share up to eight ounces of marijuana; and allows anyone with a certified “debilitating medical condition” to use medical marijuana.  It also prevents local communities from passing laws that interfere with the exclusive licenses granted under the amendment.

Under Ohio law, if the ballot contains two competing measures the measure getting the most votes goes into effect. But there’s a twist here.  “General Assembly amendments go into effect immediately,” said Joshua Eck, press secretary for Ohio Secretary of State Jon Husted. “Citizen ones go into effect 30 days after the election.”  Additionally, the anti-monopoly amendment directly addresses Issue 3 and also gives the Ohio Supreme Court the exclusive jurisdiction over any action that results.  “Husted previously said that these two items are the reason he believes (Issue 2) has preeminence over (Issue 3),” Eck said.

“This is an issue that has to be litigated,” Eck agreed. “I don’t think there’s been another instance of when one issue addresses another one on the ballot. The courts will have to decide.”  Tierney said he expects a lawsuit only if Issue 3 gets more votes than Issue 2.  “I don’t expect the state to sue if they lose or get less votes,” he said. “I do expect ResponsibleOhio to sue. We don’t know what the specific challenges will be, but if there is a conflict over which takes precedence, we expect the litigation.”

ResponsibleOhio created the amendment and collected the signatures to get Issue 3 on the ballot. The group describes itself as a group of businesswomen and men, medical professionals and patient advocates. 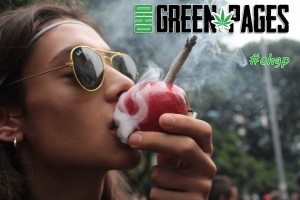 Ian James, the CEO of The Strategy Network, came up with the idea.

According to Time, James is part of a “little-known class of professionals that form what could be called Ballot Measure Inc.: a powerful electoral-industrial complex funded by moneyed interests that belies the quaint notion of ‘citizen democracy’ that such efforts are assumed to represent.”

“For Responsible Ohio, as his marijuana effort is called, James wrangled together investors who are willing to bankroll a $20 million campaign, sink in an additional $20 million to buy the land and $300 million more to build facilities.

“The investors have contributed through limited liability corporations with vague names such as Verdure GCE LLC and NG Green Investments LLC, offering few clues as to who’s behind them. Their hoped-for payoff? Guaranteed ownership of a wholesale marijuana market potentially worth more than $1 billion, according to a prospectus to investors outlining the Responsible Ohio campaign budget and obtained by the Center for Public Integrity.

“And once the measure passes, James said he plans to open a consulting company helping launch marijuana retail stores.”

“Regardless of your position on cannabis, the premise of blocking a monopoly is indisputable in relation to our free market principles,” said Aaron Weaver, CARO’s president. “Perversion of our constitution for any private interest is unacceptable.”  Eck said the position of the secretary of state is … “voters should know the possible outcomes and what their vote means. Their vote on one issue might have a very significant impact on the other issue.”  Eck also said that if Issue 3 fails — either at the ballot or by Issue 2 trumping it — other proposals, including several that are marijuana-based, have permission to collect signatures.

“The issue isn’t going away,” he said. “It’s clearly a conversation the people of Ohio want to have.”