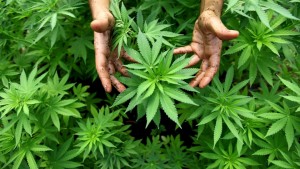 The heated debates regarding Issue 3 and the Legalization of Marijuana in Ohio for medicinal and recreational purposes are not going away any time soon. If Issue 3 fails, there will most certainly be another legalization effort on the ballot in 2016.  Inevitably, cannabis will soon be legal in some fashion in the state of Ohio. Once that happens – officially –  entrepreneurs in the Buckeye State will be clamoring for a chance to cash in on the modern day “gold rush” – or shall we say “green rush”!  Before they start raking in the green though, there’s a few road blocks they’ll need to be aware of and overcome.

As we’ve already covered, there will still be some risks for investors and business owners trying to cash in on the new multi-billion dollar cannabis industry.  First and foremost, there’s going to be issues with the banking system.  Cannabis businesses in Colorado, Washington & California have all discovered that they’re still ‘blacklisted’ from typical banking systems, due mostly to the FDIC’s policies.  In short, no bank that is federally insured will knowingly do business with companies connected to the marijuana industry as it puts their FDIC license at risk. Furthermore, the FDIC will not insure funds deposited by marijuana based businesses.  This conflict between federal and state laws has forced the majority of businesses in this multi-billion dollar industry to operate as cash-only entities.  Naturally, this amplifies a myriad of concerns ranging from the safety & security of the businesses, employees & their customers to those of money laundering & tax evasion.

Secondly, “canna-businesses” should plan on being treated very differently by the IRS.  Per section 280E of the IRS code, businesses involved in the manufacture and sale of Schedule I or II drugs are prohibited from deducting a large portion of their expenses. A cultivator, for example, could deduct the costs of their seeds and soil, but not their salaries, rent or transportation.  Any business-owner knows that it’s important to structure and operate a business in such a way that minimizes their tax exposure.  Until IRS regulations are changed, it’s not going to be easy to stay afloat if they’re being taxed on ‘profits’ that are actually ‘expenses’.  In the short term, this caveat will foster an environment ripe for money laundering schemes, tax evasion, and higher retail pricing.

Finally, “canna-business” hopefuls’ efforts will be stymied in a variety of ways as a direct result of the stigma attached to marijuana.  For example, online marketing giants Google, Facebook & Twitter all have policies prohibiting marijuana related ads. This will come as a shock to many business owners and marketing firms whose only experience is in “socially acceptable” industries.  Google Adwords, for example, brings in more than $60 billion annually from around the globe.  To many, Google Adwords is the quickest and easiest way to garner attention and traffic for a new business or website.  Anyone trying to promote a new marijuana dispensary, cannabis edibles company or even processing facility in Ohio will have to look for a new way to get their name in front of potential customers quickly.  Facebook Ads are also becoming quite popular, with the social media tycoon raking in an estimated $14 billion in advertising revenues in 2015.  Facebook has also taken a stance against permitting marijuana-related advertisements , often citing their “right to determine what advertising we accept, and (that) we may choose to not accept ads containing or relating to certain products or services ” (we got this same, canned response when we inquired why one of our legalization post-boosts was denied).    Aside from the online advertising road blocks business hopefuls will encounter, they’ll also learn that Ohio municipalities retain the right to prohibit marijuana business from operating within their jurisdictions.  This is an often-overlooked caveat for any type of business; while something may be permissible and compliant with state laws, local ordinances and can make it difficult to obtain the necessary permits, licenses and insurance necessary to operate.

All in all, there’s a lot of upside potential for “canna-business” entrepreneurs and investors in Ohio.  Like anything else that seems too good to be true though, there’s always some drawbacks, caveats and pitfalls to avoid.  This isn’t to say the “green rush” in Ohio will be a bust, rather that it will only be profitable for those with the right information and tactics.

Prospective entrepreneurs should read our next article on “How to Make Money With Marijuana in Ohio” after having explored the caveats to operating a marijuana related business in Ohio. 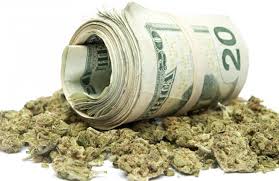