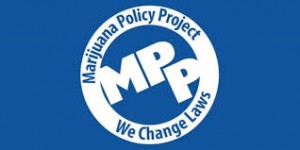 A little history on MPP, which is why OGP feels this initiative will not only be on the ballot, but pass: https://en.wikipedia.org/wiki/Marijuana_Policy_Project

COLUMBUS, Ohio — A major national player in the marijuana legalization movement plans to put an Ohio medical marijuana measure on the November ballot.

Marijuana Policy Project, based in Washington D.C., plans to propose a constitutional amendment establishing a medical marijuana system similar to those in 23 other states and the District of Columbia.

MPP spokesman Mason Tvert said the Ohio campaign is in the very early stages and an amendment has not yet been drafted. The measure would allow people with certain “serious medical conditions” to purchase marijuana from retail stores or grow their own after obtaining physician approval.

The state would license businesses to grow, process, test, and sell marijuana to approved patients.

Grassroots marijuana legalization efforts have struggled to qualify for the ballot in Ohio because they lack the money to hire signature gatherers and run a robust education campaign. Ohio has not been on the radar for MPP and other major funders looking to expand legal marijuana.

Last year, MPP quietly supported Issue 3, Ohio’s failed recreational marijuana amendment, to the extent the measure legalized and regulated the plant, but the organization did not formally endorse it or contribute to the campaign.

ResponsibleOhio, the political action committee backing Issue 3, was the first pro-marijuana group to collect the large number of signatures required, spending more than $20 million on its campaign. But the amendment limited the 10 commercial growing licenses to groups of campaign investors and would have legalized recreational marijuana, which divided Ohio’s pro-pot advocates and attracted hundreds of opponents statewide.

“The discussion was not about marijuana being legal,” Tvert said. “Lost in the mix was the important discussion about safe access to medical marijuana for seriously ill people.”

MPP is currently looking for an Ohio-based campaign manager, but much of the campaign will be subcontracted through a consulting firm in Columbus.

Tvert said MPP will not be working with the Strategy Network, which collected signatures for and ran the Issue 3 campaign. Strategy Network founder Ian James co-founded ResponsibleOhio and was the face of the campaign.

James’ co-founder Jimmy Gould and Issue 3 author Chris Stock said last week they are not working on any ballot initiatives this year and instead want to work with state lawmakers to legalize medical marijuana.

After the November election, state lawmakers pledged to study the issue and gauge Ohioans’ feelings toward medical marijuana, nudged forward by the possibility of future ballot measures from outside groups.

Tvert said it’s great that legislators are taking the issue seriously and starting to look into it, but patients can’t wait a year or several years for them to take action.

“They have had decades to take action,” Tvert said. “This is not a new issue. They did not just discover medical marijuana had benefits last year.”