The NORML board of directors voted to endorse Issue 3, the Ohio Marijuana Legalization Initiative, a proposed constitutional amendment that will appear on the ballot on November 3rd. The proposal would end marijuana prohibition in Ohio, legalizing both medical and recreational use, so NORML’s endorsement came as no surprise.

But our endorsement — made at a meeting recently in Portland, Ore. — came with a caveat: The board expressed concern over investor-driven initiatives where the investors will profit from the passage of the initiative. And because of that concern, the endorsement was less than unanimous; a couple of board members abstained, and one flatly opposed the endorsement, to register their displeasure with the self-enrichment aspects of the Ohio proposal.

NORML is a single-issue, public-interest lobby. We focus on ending prohibition and the practice of treating marijuana smokers as criminals, and the establishment of a legally regulated market, so there was little doubt that we would endorse Issue 3 in Ohio once it had qualified for the ballot. But we also felt we should acknowledge that this specific version of legalization – in which the investors alone would control and profit from the 10 commercial cultivation and extraction centers (where marijuana-infused products would be produced) permitted under the proposal – is a perversion of the voter initiative process available in 24 states. 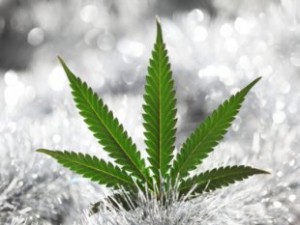 Voter initiatives and referenda are examples of direct democracy, as contrasted to representative democracy (policy decided by an elected legislature), procedures first adopted during the Progressive Era intended to eliminate corruption in government by taking down the powerful and corrupt political bosses and to provide access to ordinary Americans in the political system. Yet in this instance, the initiative process is being used to try to make the rich and powerful even more rich and more powerful.

Using the cover of badly needed criminal justice reform, the investors, operating under the name of Responsible Ohio, are seeking what is clearly an unfair advantage in the “green rush” that is certain to follow marijuana legalization when it is adopted in Ohio. For these individuals, who have not previously been involved in the legalization movement, this exercise is only incidentally about ending prohibition and stopping the arrest of marijuana smokers; it is really about getting rich in a newly legal industry. Big money has now entered the picture, and this will not be the last time we have to deal with the issue of greed.

It’s The Only Current Option in Ohio

But currently Issue 3 is the only option available to stop the senseless and destructive practice of arresting marijuana smokers in Ohio. The state legislature is unwilling to seriously consider the merits of legalizing and regulating marijuana, despite polling showing a slim majority of Ohioans support full legalization. Each year nearly 20,000 Ohio residents are arrested on marijuana charges. That’s an enormous price to pay when we have the ability to end prohibition now, albeit with some undesirable provisions.

So the NORML board felt obliged to hold our noses and endorse Issue 3 in Ohio. It was, as the saying goes, “a bitter pill to swallow,” and the board wanted to make it clear we do not consider the Ohio proposal the best model for other states to follow. There are far better ways to legalize marijuana.

Most of us would prefer to keep the focus on protecting personal freedom and ending marijuana arrests. Greed is a common motivator in our free-market system, but it would be preferable to keep it out of our public policy debates.

But in some states, where the elected officials are not responsive to the will of the voters, we may have to accept legalization that is profit-driven, as the most realistic way to end prohibition. That was the conclusion we reached regarding Ohio, and I believe it was the right decision.

But it surely does feel like the loss of innocence.