COLUMBUS, Ohio — A majority of Ohioans favor legalizing recreational marijuana but support has not significantly changed in the past six months despite widespread advertising and campaigning for a legalization measure that appears on the November ballot, according to poll results released Thursday.

Ohioans will vote this year on Issue 3, which would legalize recreational and medical marijuana use and sales in Ohio. Commercial marijuana could only be grown at 10 sites belonging to investors in ResponsibleOhio, the political action committee pushing the measure. Ohio adults could grow up to four flowering marijuana plants at a time, provided they obtain a $50 homegrow license and keep the plants in a secure area away from public view.

Quinnipiac did not ask voters specifically about Issue 3, but it is the only independent poll to publicly release responses from Ohioans on the topic of marijuana. The polling institute surveyed 1,180 Ohio voters on landlines and cell phones from Sept. 25 to Oct. 5. The poll has a margin of error of plus or minus 2.9 percentage points.

The official campaign against Issue 3 — a coalition calling itself Ohioans Against Marijuana Monopolies — launched in mid-August but has yet to run statewide advertising. 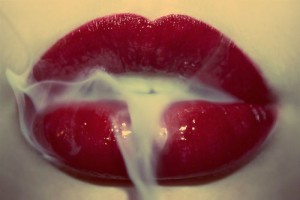 Support for legalizing recreational use is highest among young voters age 18 to 34 — 70 percent in favor and 25 percent against. Support decreases with age, and the majority — 64 percent — of voters over age 65 oppose the issue.

“Not surprisingly support for the change is linked to age, with younger voters more likely to see personal use of pot as a good thing,” Peter A. Brown, assistant director of the Quinnipiac University Poll said in a news release.

Legalization also has more support from men — 59 percent of men support it while only 47 percent of women are in favor.

“If men are from Mars and women are from Venus, then the Red Planet might be the more spacey place,” Brown said.