COLUMBUS, Ohio — The Ohio Hospital Association on Friday announced its opposition to Issue 3, which would legalize marijuana sales and use in Ohio.

The association, which represents 220 hospitals and 13 health systems in Ohio, says ResponsibleOhio’s proposed constitutional amendment would negatively affect the long-term health of Ohioans.

“Ohio hospitals are committed to providing quality health care in the communities we serve,” OHA President and CEO Mike Abrams said in a statement. “We need to focus our collaborative efforts on building a sustainable, affordable and vibrant health care system for all Ohioans and vote no in November for this ballot initiative.”

Abrams said research shows second-hand smoke can have negative effects on children’s brain development. Abrams noted that Ohio has many community health issues to work on, such as infant mortality, that would be worsened by marijuana use.

Issue 3 would legalize marijuana use for adults over age 21 and allow medical marijuana use for minors with parental consent. The plan, proposed by political action committee ResponsibleOhio, has been criticized for limiting commercial marijuana farms to 10 owned by campaign investors.

ResponsibleOhio Executive Director Ian James has said the group’s plan is safe for children because retail stores would have to check identification before making a sale, unlike drug dealers who sell to minors now. James has also said plenty of physicians, researchers and patients support marijuana for medical purposes. 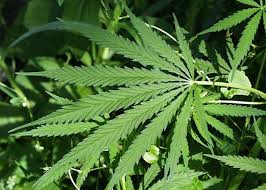