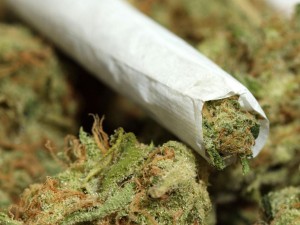 Ohio Secretary of State Jon Husted, who has the sole authority to name statewide ballot issues, titled the two marijuana issues in a way that has supporters of legalizing marijuana up in arms.

Husted announced Tuesday that State Issue 2’s title is “Anti-monopoly amendment; protects the initiative process from being used for personal economic benefit” and State Issue 3’s title is “Grants a monopoly for the commercial production and sale of marijuana for recreational and medicinal purposes.”

ResponsibleOhio Executive Director Ian James, who is the mastermind behind Issue 3, is promising to contest the titles, along with ballot summary language approved last week, in the Ohio Supreme Court later this week.

“The titles Secretary Husted gave to Issue 2 and Issue 3 are absurd and were clearly written to intentionally mislead and confuse voters in November. This egregious conduct of an elected official demonstrates a continuing abuse of partisan power and is incredibly disappointing for those of us who want encourage Ohioans to engage in the democratic process,” James said in a written release. “Ballot issue titles and language are meant to be a neutral, fair representation of each proposal. Utilizing taxpayer dollars to lead such a blatant attack, in an effort to confuse voters, is utterly shameful.”

Issue 2 is a constitutional amendment pushed by the Ohio General Assembly to block commercial interests from using the state constitution for profit.

Issue 3 is a constitutional amendment to legalize and regulate marijuana for recreational and medical purposes, allow limited home grow, and designate 10 parcels controlled by ResponsibleOhio investors as the only commercial marijuana growing sites.