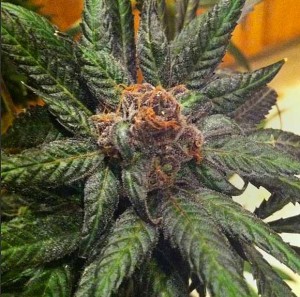 Secretary of State Jon Husted said Tuesday the leadership of the Ohio marijuana legalization effort “knowingly engaged” in gathering fraudulent signatures for petitions to put the initiative on the Nov. 3 ballot.

But the executive director of ResponsibleOhio fired back that Husted was engaging in a “shameless attempt at self-promotion at taxpayer expense.”

Speaking to The Enquirer’s editorial board about fall ballot issues, Husted discussed the special investigation of ResponsibleOhio that he ordered for its signature-gathering on behalf of the proposed marijuana legalization amendment.

“We had many, many fraudulent signatures. That’s the reason for the investigation, to find out if they knowingly did it,” Husted said.

Ian James, executive director of ResponsibleOhio, fired back Tuesday. As he has in recent news releases about investigation, James called Husted “Vladimir,” though he wouldn’t say why.

“Vladimir Husted’s McCarthy-esque witch hunt is a shameless attempt at self-promotion at taxpayer expense,” James said. “Sadly, his actions are deserving of adult supervision that only the courts can provide. If Vladamir wants to lie, then let him do it on the stand.”

ResponsibleOhio is a private group of investors hoping to grow the commercial crop of marijuana, should voters approve Issue 3. ResponsibleOhio hired 200 workers to collect the 305,591 signatures needed to put the proposed amendment on the ballot.

Husted said Tuesday that he heard repeated complaints from county boards of elections that they were finding the signatures of minors and dead people on the ResponsibleOhio petitions as well as repeated signatures from the same person.

The investigation will not affect Issue 3. Husted said he does not know when Bowers will finish his investigation.

The gathering of fraudulent petition signatures is a fifth-degree felony in Ohio. The punishment for conviction is between six and 12 months incarceration