The Ohio Supreme Court ruled on Wednesday that the Ohio Ballot Board crafted misleading language for the Nov. 3 marijuana-legalization constitutional amendment and ordered the board to redo it.

The court said the Ballot Board, chaired by Secretary of State Jon Husted and controlled 3-2 by Republicans, erred in “four critical respects” in the language. The board will be called back to meet, possibly as soon as Friday.

The decision appeared to be a victory for ResponsibleOhio, the group backing the marijuana-legalization amendment that Ohioans will accept or reject in the Nov. 3 election. The group went to the Supreme Court challenging ballot language it argued was misleading and deceptive to voters.

In a 6-1 decision, the court concluded that the language approved by Husted and the Ballot Board at an Aug. 18 meeting “inaccurately states pertinent information and omits essential information. The cumulative effect of these defects in the ballot language is fatal because the ballot language fails to properly identify the substance of the amendment, a failure that misleads voters.”

The court said the board’s wording was inaccurate or misleading on four issues. They relate to a ban on locating a marijuana shop within 1,000 feet of a library, school, church or day-care center; the ability of individuals to possess one ounce of purchased marijuana and eight ounces of home-grown marijuana; local control of retail marijuana businesses, and the possible addition of a new marijuana cultivation facility after four years.

The court sided with Husted on two issues, allowing the title of the amendment, which uses the disputed word “monopoly,” to remain in place, and rejecting ResponsibleOhio’s complaint that the language improperly uses “recreational” in reference to marijuana use by anyone 21 and over.

ResponsibleOhio Executive Director Ian James said the decision means “voters have won on an important front. The Supreme Court found the secretary and Ballot Board used inaccurate misleading and fatally flawed language that did not providers voters a fair representation of Issue of Issue 3. Today’s ruling is a slap to the Secretary of State for waging a political campaign from his elected office, using taxpayer dollars.”

Husted’s office countered by emphasizing that the court upheld the title he picked for the amendment.

“The Ohio Supreme Court agreed with me, the dictionary, common sense and many news publications across our state that State Issue 3 would create a marijuana monopoly in Ohio and that the voters deserve to be given that information before casting their ballots,” Husted said in a statement.

The court ordered the five-member board to “reconvene forthwith and adopt language in these four paragraphs that properly describes the proposed constitutional amendment, so that it may appear on the ballot.”

The ruling was expedited by the court because final ballot language must be in place prior to Oct. 6 when Ohioans can begin voting by mail.

Attorney Andy Douglas, a former Supreme Court justice, filed the appeal on the board’s decision on behalf of ResponsibleOhio accusing Husted and the Ballot Board — which includes Senate President Keith Faber — of intentionally trying to “mislead, deceive or defraud voters.”

His appeal cited cited numerous examples of alleged problems, including one implying that Ohioans could transport and buy a half-pound of marijuana “as if it was a rolling dispensary or store selling marijuana, something ripe for a 30-second television commercial.” 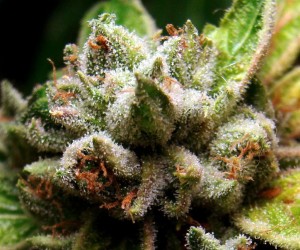