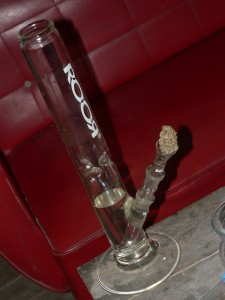 Supporters met on the steps of the Cuyahoga County Justice Center Tuesday morning.

The “Fresh Start Act” would provide a clean slate for Ohio residents convicted of marijuana offenses that would be legalized by the amendment.

The group collected 242,000 signatures on a petition that was presented to the Ohio Secretary of State this afternoon.

A spokesperson from the ACLU of Ohio also joined the group of act supporters.

Possession offenses would be the main target of expungement. ResponsibleOhio’s plan would set legal possession at 1 ounce along with growing licenses of up to 4 flowering plants and 8 ounces of usable product at a time.

Should the marijuana legalization amendment pass this November, the Fresh Start Act would make those legalized offenses expungable from Ohio resident records.